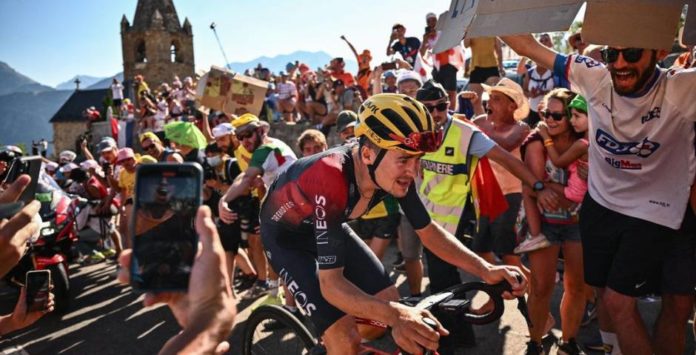 Indoor cycling has many advantages. One of them is that it allows you to train anywhere in the world. Have you ever wondered, during a broadcast of the Tour, how the hardness of one of its great giants would feel in your legs? Thanks to BKOOL, you can find out.

Our indoor training platform allows you to touch the skies of France by tackling some of the most legendary climbs in French cycling. If you want to feel like a real climber, here are our suggestions for your next sessions:

Located in the Alps, the Galibier is often the highest point in each edition of the Tour de France. Due to its altitude (2,645 metres), it is usually closed during the winter season.

It has been climbed up to 60 times in the Tour de France, being the second most visited climb after the Tourmalet, in which great feats have been lived, such as the one starring Marco Pantani in 1998, who was able to cut 4 minutes to Jan Ullrich in 4 kilometres.

There are 16.1 kilometres of ascent with an average gradient of 6.98%, where 1,100 metres are accumulated and there are ramps of almost 12%. It is considered “hors categorie”, or “special category”, in terms of difficulty.

From the Alps we go to the French Pyrenees, just 50 kilometers from the Spanish border, to try the ascent of the Tourmalet: 17.2 km at 7.23% gradient (with maximums of 12.4%), also considered “hors categorie”.

With an altitude of 2,115 meters above sea level and a cumulative drop of 1,200 meters, this pass had no road until 1846 when Napoleon III ordered the construction of a thermal road. Today it is closed during the winter season, when it is part of the skiable domain of the ski resort of La Mongie, located in the eastern part of it.

The first ascent of the Tourmalet in the Tour de France took place in 1910, since then it has become one of the most famous climbs of this Grand Tour, being crowned in more than 80 editions.

And if we talk about famous climbs we cannot forget another “special category” as Alpe d’Huez. We go to the Grandes Rousses mountain range to face the famous 21 horseshoe bends of this cycling colossus.

This is one of the most legendary finishes of the Tour de France. It appeared for the first time in 1952 and, although it was not climbed again until the 1976 Tour, since then it has been part of the route in most of the editions.

Its importance in the Grande Boucle has been so high that, for a while, people used to say “whoever comes out of the Alpe d’Huez in yellow wins the Tour de France”.

Located in the Hautes-Alpes, the Col du Telegraphe also appears in some edition of the Tour de France, where it has been crowned 30 times. The last of them in 2022 by Pierre Latour.

With 24.4 km and a gradient of 6.27%, the Col du Glandon is the longest climb on our list. Located between the Belledonne, Grandes Rousses and Arvan-Villards mountain ranges, this pass has been climbed in the Tour de France 14 times, most recently in 2015 with victory for Romain Bardet.

BKOOL will keep working to make the simulation more and more real, try it FREE for 30 days!

Enjoy the start of the year pedaling at BKOOL

Enjoy the last stage of the Fietssport Goes Giro event

Australia: You can also train on your Smart Trainer “Down under”