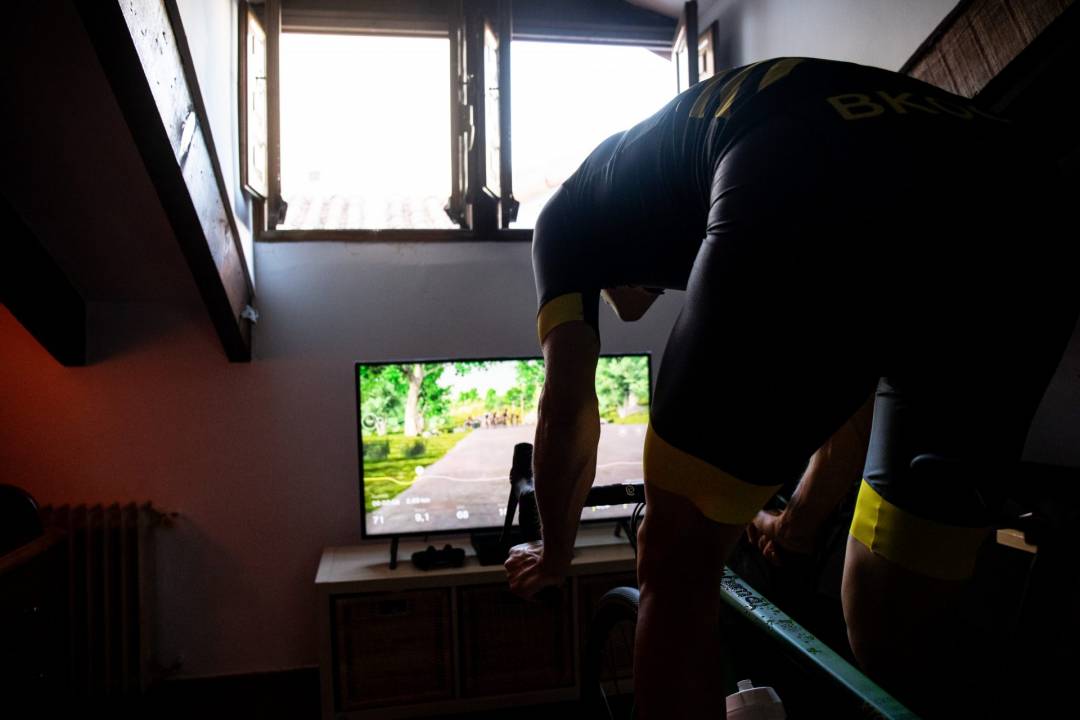 There are many reasons to undergo cycling performance tests: from keeping motivation high (either because you’ve observed progress or because you haven’t reached the numbers we want), to being able to properly plan and execute training sessions.

Having data on performance helps you enjoy the process, gives you data for future comparisons, shows you how your training is working and helps determine your zones and plan.

All of this is much easier with a coach, but don’t worry if you don’t have one. Here are some cycling performance tests that will help you measure your progress.

Probably the most popular test in cycling, the FTP test determines your functional threshold power, which is the estimated power you can sustain in an effort for approximately 60 minutes.

The FTP is a great tool for coaches and athletes, as it provides a very clear measure of your state of fitness. And it helps quickly establish your training zones and plan your efforts. There are many who use the FTP as a guideline to mark different blocks of a training session.

Due to its duration, some athletes choose to do this test on the trainer. It can be hard to find a suitable, safe route with a constant gradient of around 5% or 6%. The procedure is quite simple: warm up for 15 to 20 minutes, then include a few short intervals of one minute and then, after three minutes of easy pedaling, ride hard for 20 minutes at the hardest pace you think you can sustain for that time. You should reach the end exhausted.

The average power in watts over the 20 minutes multiplied by 0.95 will be your estimated FTP.

This predictive test of performance consists of increasing the power range by 20 or 30 W during predetermined intervals (between 1 and 3 minutes) until you reach exhaustion. The last stretch in which you are able to sustain the indicated power corresponds to your maximum aerobic power, i.e., the maximum power that our body can develop in an aerobic state.

Don’t forget to warm up and do some short activation sets before you attempt this test.

Critical power tells you the highest average effort you can sustain during a given period of time. Unlike the FTP test, which gives you information about your capacity for one-hour efforts, critical power can be set for any time interval.

Critical power can also be used to determine Maximum Aerobic Power. The data obtained in a P5 or P6 are very close to this. It is simply a matter of performing a 5 or 6 minute test at the maximum power you’re capable of holding.

As with the other three, warm up for 15 to 20 minutes, perform some small, short, explosive activation sets, then ride as hard as you can for the prescribed time.

Any of these options are helpful to determine your state of fitness and establish your training zones. Ideally, you’ll take these tests at the beginning of the season to see where you’re starting from and repeat them later to monitor your progress.

BKOOL is the most complete cycling simulator on the market. Try BKOOL free for 30 days.

Benefits of smart trainers for cyclists

All the types of training you can do on BKOOL

Tips for a good FTP test

Recommend BKOOL to a friend and you can win a fantastic prize!

The EOLO Kometa Tour returns to BKOOL for the next stage 

Learn how to use Ghosts and Bots at BKOOL

Ready to train with BKOOL?

Join Accem and BKOOL in a special event to help those fleeing war in...

Recommend BKOOL to a friend and you can win a fantastic prize!

The EOLO Kometa Tour returns to BKOOL for the next stage 

Learn how to use Ghosts and Bots at BKOOL