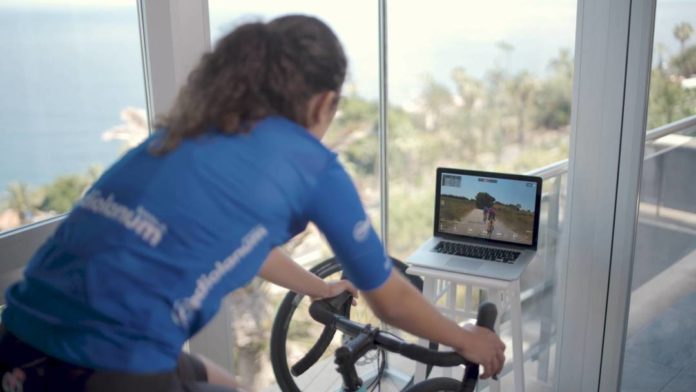 One month after the start of the last round of the Giro d’Italia Virtual hosted by BKOOL, this global virtual cycling event launches a new stage, with the finish in the town of Montalcino: the famous stage in which Egan Bernal launched a brutal attack in 2021, extending his advantage over his rivals. Fans will quickly identify the stage by its characteristic dirt sections, adding a particular classic aura.

The stage is now open: anyone can take on this iconic route while competing with cyclists from all over the world. To face the Italian sterratos in the first person or enjoy the rest of the stages of the Giro d’Italia Virtual hosted by BKOOL, all you need is a cycling trainer or smart bicycle, and to register for the virtual experience through the website www.girovirtual.com

The Giro d’Italia Virtual hosted by BKOOL includes eight different stages, each corresponding to one of the most famous cycling routes in Italy, recreated through a special simulation that combines HD video with 3D elements to generate an immersive, ultra-realistic riding experience. It’s the closest thing to competing in the actual Giro d’Italia you can get without leaving home.

Just for participating in the event, all those registered are automatically entered into a raffle for gifts such as VIP experiences at the Italian Classics, Tissot watches, pink leaders’ jerseys, cycling equipment, and many other prizes.

Another of the benefits of the Giro d’Italia Virtual hosted by BKOOL is the ability to ride with stars from the world of cycling. Last week, it was Chris Froome, champion of the 2018 Giro d’Italia (as well as four Tours de France, and two Vueltas a España), who returned to these Italian roads virtually to face the epic slopes of the Passo Fedaia. Dozens of cyclists from all over the world rode with him, enjoying the opportunity to share a training session with one of pro cycling’s legends, who broadcast the experience live on his Instagram profile.

6 keys to getting the most out of BKOOL

Tips for indoor training in summer

6 keys to getting the most out of BKOOL