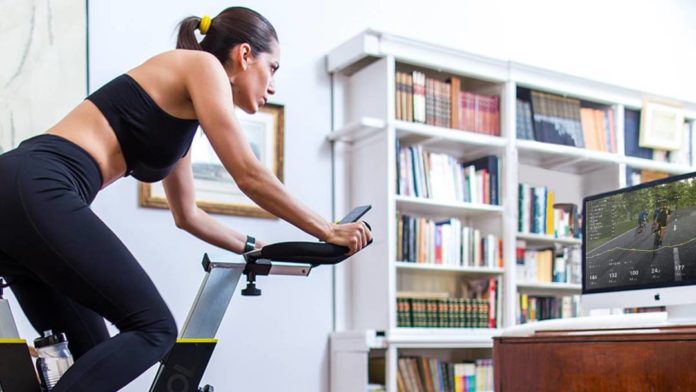 A few weeks ago, we talked about one of the most realistic features of BKOOL: Real Weather™. Exclusive to the BKOOL virtual cycling simulator, Real Weather™ is capable of recognizing the weather in real time for any area on the planet and brings it into the simulator. But it is NOT the only hallmark that differentiates BKOOL from other platforms.

For years, we’ve studied the relationship between power and speed, as well as aspects such as gravity, wrolling resistance and wind to make BKOOL the most realistic simulator possible.

At BKOOL, we are constantly striving to improve the athlete experience – whether it’s fixing connectivity issues or adding features to introduce more realism to your rides.

This realism is achieved partly thanks to the way BKOOL calculates your speed. Unlike other applications and platforms, we don’t calculate your speed based on wheel diameter, pedaling cadence or other factors. We do it based on power.

The power you apply as a cyclist is the force you exert to overcome all the factors that hinder your forward progress. This force is measured in watts, a familiar metric to most cyclists.

In recent years, the cycling world has become focused on training to power. Years ago it was common to guide training with heart rate data. Now, it’s increasingly common to train using a power meter as the primary data source.

This power data is what we use at BKOOL to calculate your speed. But we also take into account other factors, such as:

How we determine your speed

With this formula and knowing the conditions of the environment, it’s possible to calculate acceleration at any moment. Finally, we calculate your velocity with this second formula: Velocity = acceleration x time.

This method resolves several issues at once:

Why is my speed in BKOOL different from Garmin’s?

If you synchronize your smart trainer to a Garmin device while using the BKOOL simulator, the speeds may not match. There’s a good reason for that.

As we’ve mentioned, at BKOOL we use our own method to determine your speed based on power. This system is different from simple wheel-based speed sensors or other applications, which directly transfer the speed data from the trainer, without applying any type of correction.

The goal of the technical team at BKOOL is to provide you with a more realistic experience, and that’s why the data you see in the simulator has the adjustments mentioned above, utilizing the power and weight of each individual user – and corrected to account for the slope and wind on the route.

Short intervals VS long intervals: why, when to use them and how to train them at BKOOL

Short intervals VS long intervals: why, when to use them and how to train...

Short intervals VS long intervals: why, when to use them and how to train...